Some words about Lost city of the Incas Machu Picchu 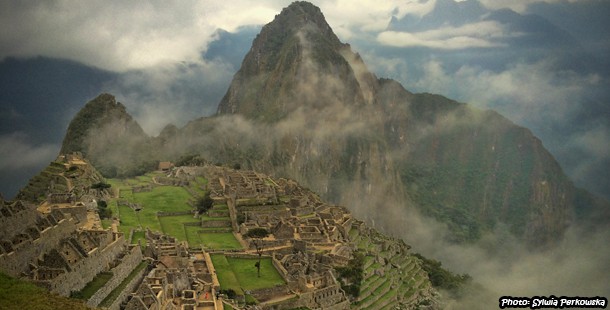 Machu Picchu – “Lost city of the Incas”, known also as “Old Peak” is the main destination for many tourists visiting Peru. The city was built in the 15th century during the reign of one of the greatest sovereign of Pachacuti (1438-1471) and was abandoned, after the conquest of the Inca Empire by the Spanish in the 16th century. It is definitely one of the best preserved Inca city (other also very well-know and very good preserved Inca ruins are among others: Choquequirao ruins, Pisac ruins, Ollantaytambo ruins). 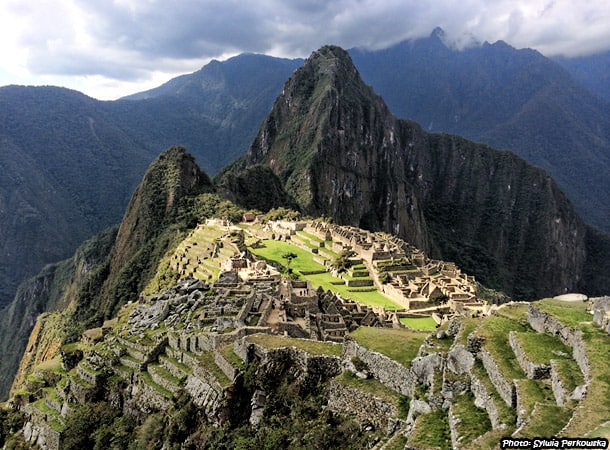 The archeological complex of Machupicchu is located in the middle of a tropical mountain forest, in the Peruvian Andes, at an altitude of 2090-2430 m a.s.l. and covers a huge area, for a total of about 32,500 ha. 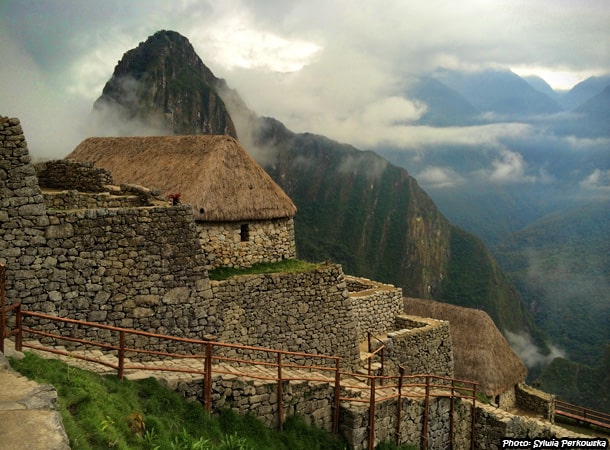 It is perfectly integrated into the landscape and terrain and it is an example of extraordinary aesthetics, harmony and integration with the nature. On the steep slopes of the city there are many of terraces with a width of 2-4 meters, which allowed the cultivation and feeding the entire community. 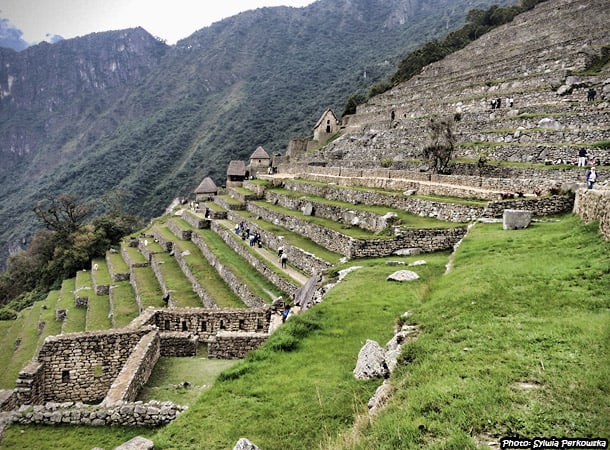 I think that this place will amaze everyone, or almost everyone. 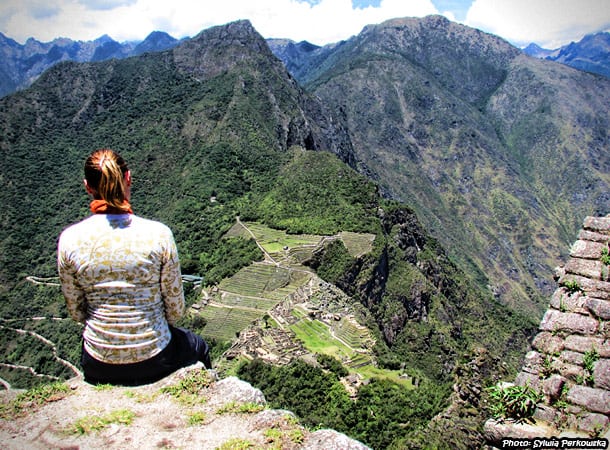 Everyone who visits Machu Picchu needs to know, that Incas did not know steel, but somehow the part of their city was built with the stones matched to each other perfectly without any mortar. It is amazing how they polished stones and fitting them together, even more amazing in consideration that they did not have a lot of tools to do it. 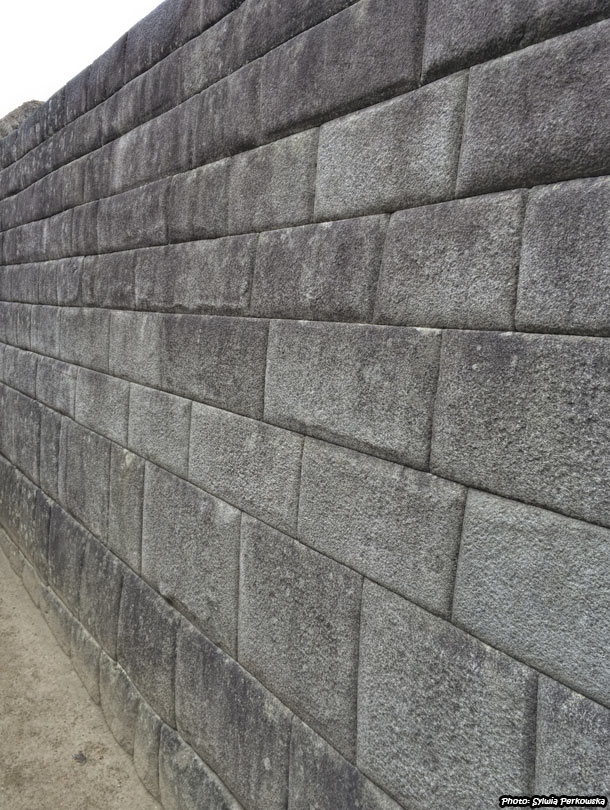 They also did not have horses which could help them to carry incredible big pieces of stones, used to building the city. 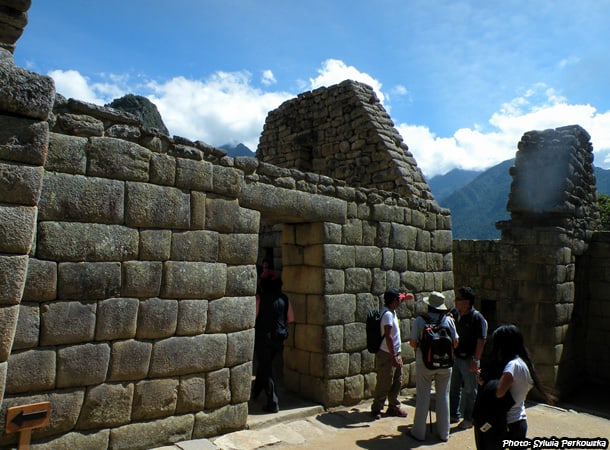 Without any equipment used in our times, Incas created something that even now it would be quite hard to do. 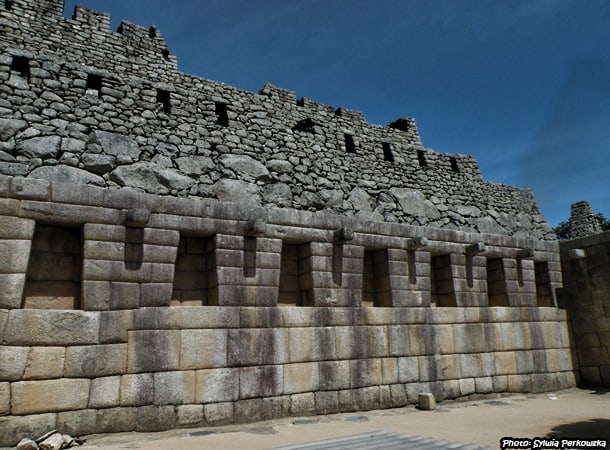 Machu Picchu was declared a UNESCO World Heritage Site in 1983 and the July 7, 2007 it was announced one of the seven new wonders of the world. This archaeological complex was recognized by UNESCO as a masterpiece of art, urban planning, architecture and engineering Inca civilization. I agree that this is an incredible work which was made with a really huge effort of human hands.

Till now no one knows what was the reason of abandonment the city as well as there is not a one theory for which purposes it was built. To this day, many mysteries of Machu Picchu remain unsolved what definitely makes this old city more mysterious.

Why Machu Picchu was built?

There is no simple answer for this question. It is assumed that Machupicchu was a ceremonial center as well as economic and defense center. Other theories say that Machu Picchu was built to honor a sacred landscape, others that was for the Virgins of the Sun or a royal retreat.

There are also theories that Machu Picchu was a kind of observatory. In this area appeared new discoveries recently (July 2014). Thanks to Polish-Peruvian team there was proved recently (July 2014) that Incas “used observatories on Machu Picchu to track the movement heavenly bodies”. Their discovery confirms that there exists Inca astronomy. The Polish-Peruvian investigators looked specifically at the Intimachay area of Machu Picchu, and reported that “Inca astronomers could have watched and tracked a number of astronomical phenomena from the area, including summer and winter solstices and the movement of the moon”. It means that Intimachay was probably a sacred space for Incas. There is also another observatory in the Inkaraqay area, located on Huayna Picchu. The Polish-Peruvian team used the newest technology in their investigation, it means they used 3D scanning software to analyze the structures and compare their shape and placement with the positions of the stars as would have been seen by the Incas.

How to get to Lost city of the Incas Machu Picchu?

In recent years the number of people visiting Machu Picchu increase and I am not surprise.

It is spectacular to see the city on the top of the hill, made in the incredible way, surrounded by beautiful landscapes. The access to Machupicchu is controlled and there are limits of visitors who can entry these archaeological sites per day. The ruins are opened from 6 am till 5 pm and if you plan a trip to Machu Picchu I highly recommend you to be there at 6 am.

There are a lot of possibilities to reach this famous place. You can go there on foot – choosing different roads depends on your time, likes and dislikes, energy, physical condition, or you can go there by bus or train. You can organize the trip on your own or with a company.

Exploring Machupichu on your own

All roads to Machu Picchu is possible to do on your own, except Inca Trail, which is possible to organize only through travel agency who has the permit to do this tour.

And here among others you can choose between Salkantay trek or Inca Jungle trek. It is also possible to do a trekking from Ollantaytambo, or better from so called km 82 near Ollantaytambo to Aguas Calientes. The hike will take you some hours 6-8 or more (depends on your walking skills), but is easy to do. You just need to follow the path which is situated near railway tracks going through a beautiful valley. The landscapes are very nice, with snowy peak of Veronica.

In a separate article I will write about some roads going to Machu Picchu, to give you more tips and details.

Exploring Machupicchu with the travel agency

The other option is to organize the tour with travel agency. They offer different options of tours going to Machu Picchu like: Lares trek, Choquequirao trek, Inca Jungle Tour, Inca Trail, Salkantay trekking. You can also chose if you want to do it in 3,4, 5 days. Only Choquequirao trek is much longer 8-9 days because includes not only Machu Picchu ruins, but also Choquequirao ruins. The most popular among tourists are two tours to MachuPicchu: Inca Jungle Tour and Salkantay trek. You can find the differences between these two trips in my article here. If you are interesting to do one of these tours, I am sure my article about them will help you to take good decision and will give you a lot of ideas how look like these adventures and which one will match you and your personality better.

If you do not like walking to much or you do not have time you can visit Machupicchu by train or by bus (from the other side).

There are different options of the tours by train. The fastest is one day tour. You can go very early in the morning by train to Aguas Calientes (the train goes from Ollantaytambo – 2 hours by bus from Cusco) then you have some hours for exploring the ruins and in the evening you can come back to Cusco, or rather to Poroy (which is near Cusco) or Ollantaytambo. All details about train tickets (the prices different depends on the time and from the service of the train), you will find on the website of perurail.

There are companies who offer transfer from Cusco to Hidroelectrica (from where you have only 3 hours on foot to Aguas Calientes) for really reasonable prices. I recommend you to take this option. It will be around 10-15 soles more expensive than organizing transport by bus on your own, but for sure will take less time. You will have direct connection Cusco- Hidroelectrica and you will avoid the changes of the transport on the way.

If you have more time, or you want to see and explore villages and towns on the way Cusco – Hidroelectrica, or some parts you want to overcome on foot, than you can organize bus trip on your own. In this case you need to take first bus in Cusco to Santa Maria town. Then you have to hire taxi, or collectivo from Santa Maria to Santa Teresa town and from here another taxi to Hidroelectrica.

More details about this option I will describe in separate article. It is quite interesting option because here you can easily combine bus trip with hiking. Simply you can go to a specific place by bus and then the rest or a part overcome on foot.

Hi Sylwia, I’m planning to go to Machu Picchu on my own and I would like to book the tickets in advance. I just don’t know yet at what day i can be there exactly. Are the tickets usually sold out each day? How many days should I book in advance, so I will get a ticket for sure and where can I buy them (I would like to avoid to book online, since I made some bad experience with online bookings in Peru)?

Thanks for your help and saludos!

Some words about Lost city of the Incas Machu Picchu