Choquequirao ruins as a beautiful places to visit in Peru 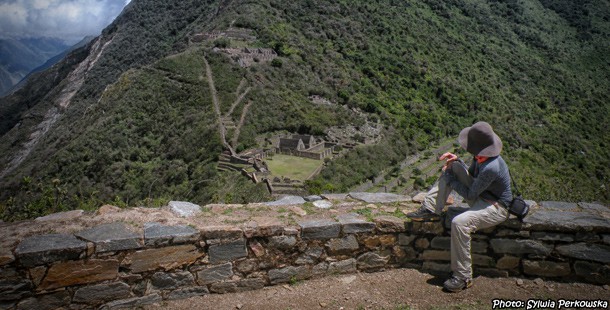 Choquequirao (Chuqik’iraw or Chuqi K’iraw) is a complex of ruins built by the Incas in XV and XVI century. The complex covers an area of 1800 hectares, but only around 30-40% of the ruins excavated. Still a significant part of the ruins is covered with flora in a way that they cannot be even noticed. Choquequirao seems to be the royal residence founded by Pachacuti (Pachacutec, in Quechua Pachakutiq) and then remodeled and extended by his son Topa Inca Yupanqui (Túpac Inca Yupanqui, in Quechua Tupaq Inka Yupanki). 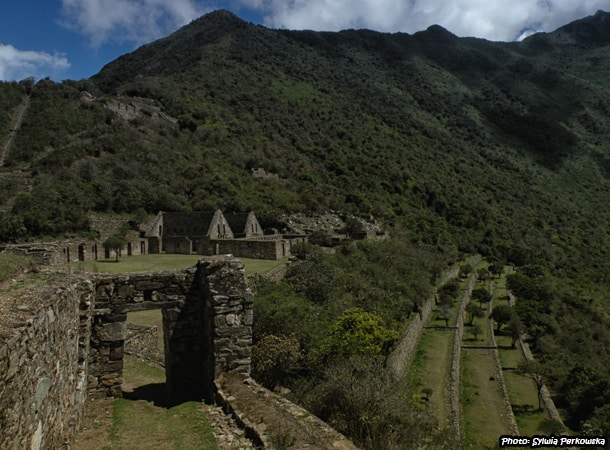 At the moment, the ruins are very well preserved and make a great impression. This Inca city has larger area than famous Machu Picchu and is situated a little higher. Machu Picchu is located at an altitude of about 2430 m.a.s.l., while Choquequirao at a height of about 3000 m.a.s.l. 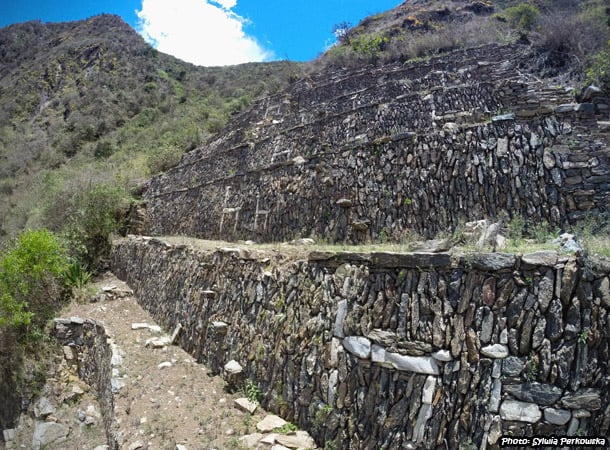 Choquequirao is far less crowded than Machu Picchu. It’s still a place more mysterious, calmer, because less accessible to tourists. For example Machu Picchu can be reached in different ways. One of the quickest and easiest possibilities is the train which goes directly from Ollantaytambo to Aguas Calientes. The journey takes about 2.5 hours. Then in Aguas Calientes you can take a bus which goes directly to Machu Picchu. This part of the trip takes approximately 30-40 minutes.

In the case of Choquequirao the trip looks a bit different. Transportation like train, car, bus, are not available here. The only way to reach the ruins is trekking, possibly with the help of horses, donkeys and their owners, called Arrieros. Getting to the ruins requires about two days of hiking, and another two days for coming back. For those who do not have experience in walking in the mountains, the entire trip can be extended to up to 5 days.

Admittedly, the expedition to Choquequirao is one of the toughest trekking in the region of Cusco. Why? Because before you arrive to the Inca city, you have to overcome a lot of kilometers, the first you have a few hours to descend to the valley and then you have to climb to the top on the opposite side of this valley. But it’s still not the end of the expedition. Then there is a little parts which are flat, and again some minor go down and approaches. And finally, after about 2 days, the goal will be reached. And even if this part of the trip did not seem too hard, for sure the road back will consume quite a lot of energy. In the case of Choquequirao today there is no option to do a circle. You need to come back the same route, in which you arrived to the ruins. Which means nothing less than that the first few hours will be sharply down, and then a few hours quite sharply up.

How many days is needed for an expedition to Choquequirao?

In principle, all travel companies offer trekking to Choquequirao in 4 or 5 days. But also it is possible to explore the ruins in three days, not even the whole, what recently I personally tested. The details about our 3 days trip you will find in the article “How to organize Choquequirao trekking in Peru in 3 days“

At present, for admission into the Choquequirao ruins you need to pay only $ 13. As a comparison, for entrance ticket to Machu Picchu ruins you have to pay much more, $ 62 (students and children $ 37).

At this moment Choquequirao is still a place very unique, mysterious, distant.

All these features of the Inca city may soon lose and this is due to the existing for a long time project to build a cable car to the archaeological site of Choquequirao. Authorities of Cusco region are hoping that the construction of cable car to Choquequirao will relieve Machu Picchu from a big crowds. At present Machu Picchu is so crowded with tourists, that there is a plan of new limits to visit this unique place in 2015.

The case of construction of the cable car to Choquequirao is quite controversial. There are those who support the project and those who are strongly against this option. One thing is certain, the build of the cable car will deprive Choquequirao unique and mysterious character. It will cause that this place will be not anymore filled with beautiful tranquility, peace and harmony, which you can now enjoy. Is it worth it to destroy this uniqueness? Judge it by yourself…

At present, due to the protests of the local population, the final decision on this project has been suspended. For how long is hard to say, but probably soon some breakthroughs in this matter will appear.

I’m not going to take up the analysis, which place is better. For me, both archaeological complexes are very beautiful, unique and worth seeing. Decision about which place to choose in a large extent will depend on the tastes of each person, physical and financial conditions, general plan of the trip around Peru, the time available, as well as the time in which it intends to come to Peru, etc.

As resources portfolio and time allow it is definitely worth seeing both Machu Picchu and Choquequirao. As with the various causes of both options can not be reconciled, well, a decision can be difficult. In such a situation, ask yourself before deciding several key questions and think for a moment what ia the most important for you. With interesting things I will add only that National Geographic Traveler presented a list of 20 must see places in 2015. Among them was the archaeological complex of Choquequirao near Cusco, Peru. 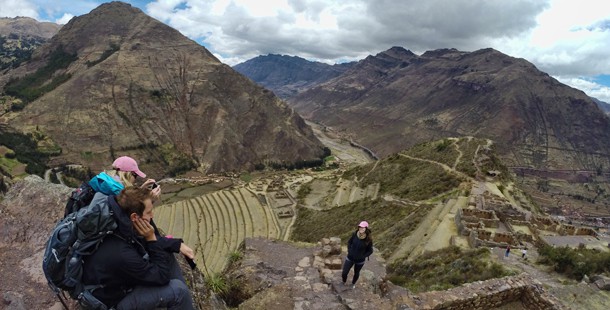 Worth to see in region Cusco. Pisac ruins

Choquequirao ruins as a beautiful places to visit in Peru