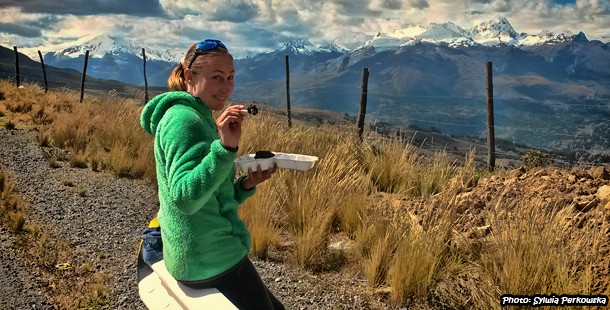 Huaraz region has a lot to offer. From trekking, hiking, through mountaineering, rock climbing, to bicycle trips and other activities. What makes this part of Peru so unique and famous among tourists? The beautiful landscapes, spectacular range of mountain called Cordillera Blanca with a lot of snowy peaks, and never ended wonderful views around and also very nice mountain range of Cordillera Negra. Both of this Cordilleras runs parallel to each others on either side of Huaraz.

Some words more about the Cordillera Blanca mountain range

The Cordillera Blanca is a spectacular range of mountain, situated in the Ancash Region of Peru and it is part of the larger mountain range called Andes. It is also the world’s highest tropical mountian range. It contains 722 individual glaciers and includes 16 peaks over 6000 m.a.s.l. and another 17 over 5500 m.a.s.l. The highest peak in this mountain range is Huascarán – 6768 m.a.s.l. The Cordillera Blanca covers an area of 21 kilometres wide and about 200 kilometres long.

Viewpoint of the Cordillera Blanca

There are a lot of places from which you can admire the beauty of the Cordillera Blanca. 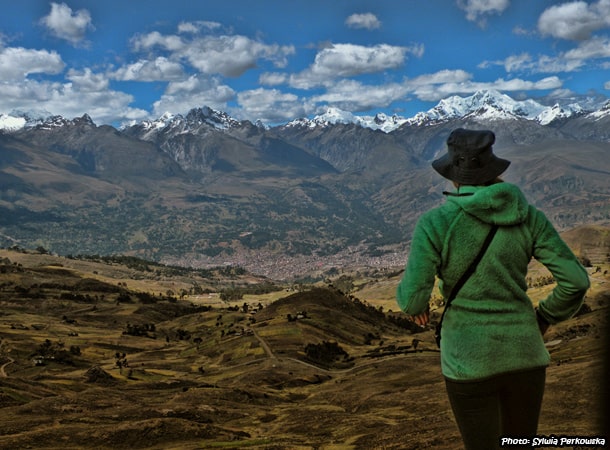 Nice and easy to reach viewpoint of the Cordillera Blanca is situated very close to Huaraz and it is called Abra Punta Callan (4204 m.a.s.l.). 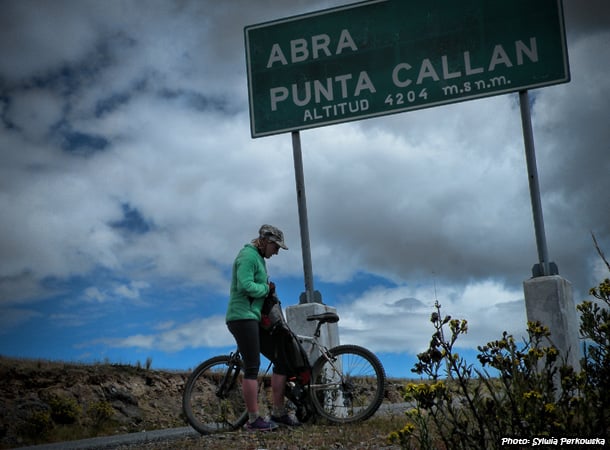 That is also a perfect place for organizing half a day biking tour.

How to organize cheap biking tour near Huaraz

The easiest biking tour to organize on your own, without spending to much money is the tour Huaraz – Abra Punta Callan – Huaraz. The trip will take you around 4 hours.It is very easy road, only downhill. 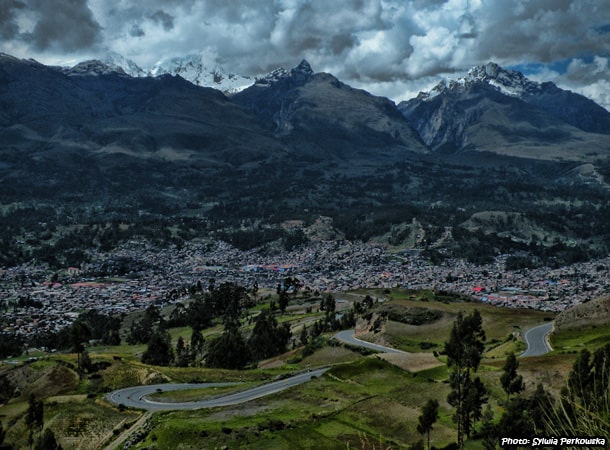 First: You need to rent a bike.

Second: You need to catch the bus or taxi which go towards Casma. I do not remember now the name of the street where is the bus stop, but it is very close to the centre. I recommend you to go very early in the morning, then you will catch a very cheap local bus. If you will come around 8.30 or later you will have problem with finding cheap transport and the only one option will be to hire the taxi, which will charge you around 25-30 soles. It will take around 1 hour to go to the point Abra Punta Callan and maximum 3 hours (with the stops for taking pictures) to come back on bike to Huaraz. 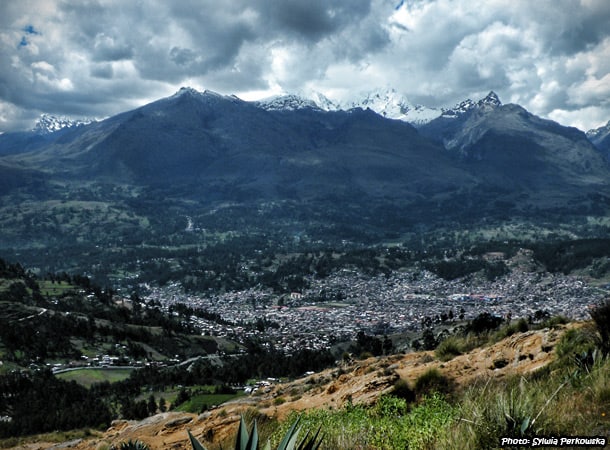 There is only one thing which is not nice during this trip. I mean the dogs which you will have to pass when you will be close to Huaraz. The dogs here are rather not to friendly. They are only in one place or two places but it can cause some problems. You need to be prepared for the meeting with 5 or even 8 dogs in one moment and then the best option will be to pedal as quick as possible to escape from this zone.

If you do not want to spend any money, you can go to Abra Punta Callan by bus or by taxi and come back to Huaraz on foot. There are a lot of small trails around, so you can choose one of them and walk down toward the town. During some hours of trekking you will have all the time very nice views.

Both options about which I wrote above are recommended for acclimatization. A lot of tourists come to Huaraz to do some trekking and very often they forget about acclimatization. They go the next day to the Laguna 69 or they start Santa Cruz trekking, and suffer a lot. I highly recommend you to stay at least 2 days in Huaraz and do some easier trips before doing stronger trekking or the trekking in higher parts of mountains.